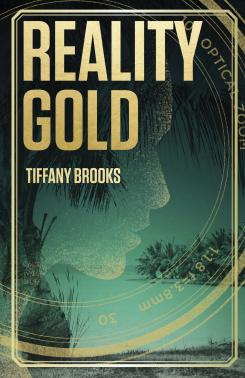 “…an incredibly readable, fast-paced, YA coming of age adventure novel where everyone has a secret, and no one is who they seem.” —Chanticleer Reviews

High school senior Riley Ozaki is desperate to change her reality after an avalanche of Internet shaming ruined her life. With her reputation and self-esteem at rock bottom thanks to cyberbullying, Riley needs to do something drastic to repair her social standing—which is why she decided to try out for a reality TV show. Suddenly, she’s dropping onto a deserted tropical island with nineteen other teens for a Survivor-style competition that she hopes will be her redemption.

With a cast of vivid characters who will stop at nothing to win the show, a cursed island setting, and a priceless treasure waiting to be discovered, Reality Gold pitches readers right into scheming web of lies, love, and betrayal. This novel is a fast-paced journey where allies may not be who they say they are, and legends abound. Riley must embrace all of life’s realities, including loss and deceit, in order to discover who she truly is.

"A fast-paced romp through tropical jungles and into deep, dark caverns where allies may not be who they say they are and legends abound." —Chanticleer Reviews

"Riley Ozaki is a protagonist for today's readers. In the middle of a lush and captivating setting, here's a smart and resourceful young woman on the ride of a lifetime." —Chanticleer Reviews

"This young adult adventure is filled with all the mystery, suspense, backstabbing, romance, and personality clashes that one would expect in a reality show. Combine that with the thrill of an honest-to-goodness treasure hunt and Tiffany Brooks’ Reality Gold is a surefire winner. The diverse cast of characters gives everyone someone to root for, and the thrill of a treasure hunt makes for a page-turning read." —Francine Zane, Readers Favorite

"The author did a fantastic job in incorporating the elements of a reality TV show and a treasure hunt into one. The book delves down a path you would have never seen coming. It is an unpredictable and an ever-changing story that will surprise you at every turn. I loved the concept of this book and I could definitely see it as an actual reality TV show." —Jeremy H., Teen Board Member, Book Reviewer, Teen Reads

"Reality Gold by Tiffany Brooks is a surprisingly amazing book for young adults. It is relatable, thought out, well-written, and an absolute page-turner." —OnlineBookClub.org

"A top, refreshing story. Brooks manages to write about teenagers without the stereotypical behaviour that you’re expecting for a YA novel." —Book Traveller